Islamic Bank to fund Sabarimala - What an Idea Sirji!

Islamic Bank to fund Sabarimala - What an Idea Sirji!

Thiruvananthapuram: Extending their evil agenda a step further Chairman of Al Barakh Islamic Bank, Mr Al Muhammed announced that they will set up Bailey bridges in Sabarimala.This announcement came during a Seminar organised by promoters of Islamic Banking in Kerala. Chief Minister Umman Chandi , Kunhallikutty and Thomas Issac, former Finance Minister were seen throbbing in happiness after hearing this 'Kind Gesture' from this Arab Sheikh!.What an idea sirji!,How else can they show their SECULAR nature. These fools think Hindus in Kerala are naive to believe all this gimmicks and support this Anti National banking in Kerala wholeheartedly, hearing this news.

HK Hope, Hindu leaders will make their stand clear that

1)We don't want 'Zakat' from any Arab Sheikhs to run Sabarimala temple
2)Crores Government should explain why there is a need to take loan to construct Bailey Bridge in Sabarimala? - What happened to crores siphonned of every year from here?
3)Who gave permission to start Islamic Bank-What is the current status of Kerala Highcourt stay? Did RBI gave permission?
4)Isn't it haram to fund Kafir's Idolater's temple as per Islamic law?
5) If that much interested Umman Chandi and Thomas Issac along with K M Mani can beg infront of Kunhallikutty and these Arab Sheikhs for funds for Bharananghanam church and help them to prove their secular nature. 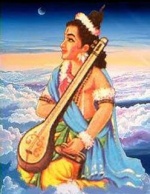