Description: Chidambaram is one of the foremost Saivite shrines; the very name Kovil refers to Chidambaram, where Natarajar is enshrined in the ChitSabha or the Hall of Consciousness, in the Ananda Tandavam (Dance of Bliss) pose. Chidambaram is one of the Panchabhoota Stalams signifying the 5 elements of wind (Kalahasti), water (Tiruvanaikka), fire (Tiruvannamalai), earth (Kanchipuram) and space (Chidambaram). The Moovar (Sambandar, Appar and Sundarar) as well as Manikkavacakar have sung praises of Chidambaram. Several literary works praise the glory of Chidambaram.

Chidambaram is one of the 5 dance Halls of Shiva (Kanakasabhai).The five dance halls are Chidambaram, Madurai, Tiruvalankadu, Tirunelveli and Kutralam.

This temple is home to Chidambara Rahasyam, concept of nothingness (aroopam). Shiva is said to have revealed a vision of his cosmic dance to Patanjali, Vyagrapadar and to all Devas here. In terms of its antiquity, richness in terms of worship & festival traditions, in architectural & sculptural splendour, in its association with music & dance, Chidambaram is a center second to none in truly representing the rich Indian cultural heritage.

History: The Tevaram hymns were rediscovered here after a long hiatus, under the initiative of the monarch Raja Raja Cholan. The Chidambaram temple predates the Tevaram hymns. The Imperial Cholas considered Nataraja to be their tutelary deitiy and heaped patronage on this temple, and their tradition was continued by the Pandyas and the Vijayanagar Kings.

The Temple: Towering gopurams with thousands of figurines, mandapams with sculptured pillars, lend special interest to this vast temple complex. Govindaraja Perumal Temple is a Vaishnava Divya Desam within this complex There are several other features of interest in Chidambaram.

Festivals: A whole range of worship services are offered to Natarajar and to Tirumoolattaanar here on a daily basis. Margazhi Tiruvadirai and Ani Tirumanjanam provide a climactic finish to the 2 annual festivals celebrated with great pomp here. 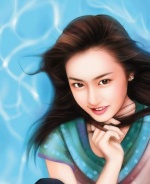